The Impact of Asian Immigration in America

AREAA Takes a Closer Look at One of Our Newest Chapters 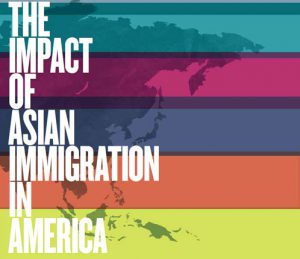 Asian Immigration to the United States can Sometimes Read Like a Mystery Thriller, Filled with Stories of Prosecution, Displacement, War, Political Upheaval, Natural Disasters and Tragedy.

But unlike an opera, which almost never has a joyful ending, America is still seen as the land of opportunity for those who work hard, persevere and have the determination and courage to make it in a new land.

To better understand the Asian housing market in America, we thought we’d take a look at immigration patterns of the various ethnic groups that make up the Asian American community, and also share some immigration stories from individuals across the country. Although we are one, we make up an amazingly diverse group, each with its unique family view and singular story of immigration to the United States.

It is estimated that there are approximately 18.2 million Asians (including those of more than one race) living in the United States as of 2011. The six largest Asian groups in the U.S. (by total numbers) are Chinese, Filipinos, Asian Indians, Vietnamese, Koreans and Japanese. Together, these top six ethnicities represent approximately 88.7 percent of all Asian Americans.