Looking to Tap Into International Buyers? It’s Time to Go to School

by John Peretz with Bill Hunt 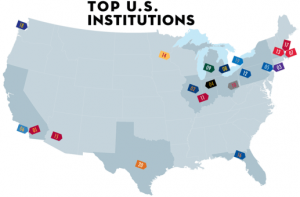 Attendance from international students at American universities reached another all-time record of 764,495 in 2012, up 5.7 percent from the previous year. It also marked the sixth consecutive year of increases, according to the Institute of International Education Open Doors 2012 Report.

And here’s something that all real estate professionals should be aware of: In 2012, Asia accounted for 64 percent of all international students in the U.S., with China representing a quarter (25.4 percent) of the overall total.

Since 2000 alone, the United States has seen a 49 percent increase in the number of international students attending U.S. universities. A full 60 percent of that growth can be attributed to students from China, and 23 percent from India…