AREAA Takes a Closer Look at One of Our Newest Chapters 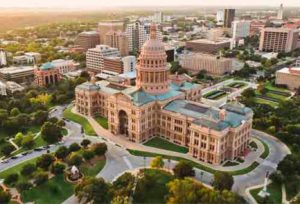 Nestled  deep in the heart of central Texas and also its capital city, Austin pulses with a live music scene that’s second to none. It’s home to the University of Texas with the nation’s fifth-largest enrollment of more than 52,000 students, creating a young, vibrant and highly educated metropolitan area. It’s also home to one of AREAA’s newest chapters, led by Ms. Jenny Cui.

The chapter fits perfectly into Austin’s emerging Asian community. The Asian American population doubled between 2000 and 2010 in Austin, according to U.S. Census Bureau data, and is projected to double in size again by the year 2020. In fact, the current Asian American population stands at 6.8 percent in Travis County, more than 50 percent larger than the U.S. average.

Certainly, having one of the largest universities in the country helps, and with a growing international student enrollment rate, it helps to fuel the increase in the Asian American population in Austin. But international students are not the only ones adding to the growth – the city’s vibrant technology sector is also driving the increase, as well as many Vietnamese Americans moving to Austin from Houston.